DonatePetition
#SaddestBearsPress ReleaseAfter years of suffering, bear Teddy gets the life he deserves in Bulgaria

5 November 2020 – Global animal welfare organisation FOUR PAWS has successfully rescued a four-year-old brown bear from cruel keeping conditions in North Macedonia on 5 November. According to his former owner, bear Teddy was found as an orphaned cub in the wild and raised as a pet in the backyard of his house. When he became too big, his owner handed him over to Shtip zoo where he spent three years behind the rusty bars of a tiny cage. When it emerged that the zoo did not have a licence to keep the bear, FOUR PAWS transferred him to the DANCING BEARS PARK Belitsa sanctuary in Bulgaria, which it runs in cooperation with Fondation Brigitte Bardot.

Following reports on Teddy’s miserable living conditions, FOUR PAWS began to investigate the situation at the end of 2019. An on-site visit proved that the young bear’s keeping conditions were severely inadequate and were clearly having an alarming impact on his physical and mental wellbeing. Moreover, the old, rusty cage was not escape-proof and therefore posed a potential risk for public safety in case Teddy broke out. After negotiations with the authorities and a delay due to COVID-19 restrictions, a FOUR PAWS team was finally able to make the 500-kilometre journey to North Macedonia and back to Bulgaria via Greece in order to save Teddy.

“We welcome the decision of the municipality of Shtip and the responsible authorities to end the inappropriate keeping of Teddy so he can start a happier and species-appropriate life in our care. We also highly appreciate the support of Zoo Skopje with preparing all the necessary documents to transfer Teddy to his new home in spite of a global pandemic. Teddy will have time to rest now. He shows clear signs of years of containment; his teeth are damaged from biting the metal bars and his paws were infected from the concrete floor in his cage. He lived a very dreary life, without any enrichment or space to move around. That will change now, and he can rediscover his natural behaviours in our sanctuary,”

The private keeping of bears is legal in North Macedonia, provided that the keeping is registered and approved by the authorities. The private, unlicensed keeping, however, is forbidden but so far this ban has been insufficiently enforced because of the lack of species-appropriate accommodations for wild animals within the country. According to information provided to FOUR PAWS, there are at least two more bears in private captivity in North Macedonia, suffering in inappropriate keeping conditions. By rescuing Teddy, FOUR PAWS aims not only to significantly improve the life of the bear but will also continue working on its goal to end the cruel keeping of bears across Southeast Europe. In order to make this a reality FOUR PAWS will continue the good collaboration with local authorities in order to support them with the effective enforcement of the laws on bear keeping and help further bears in need.

A home for mistreated bears in Bulgaria

DANCING BEARS PARK Belitsa is located in the Rila Mountains in Western Bulgaria and run by FOUR PAWS in cooperation with Fondation Brigitte Bardot since 2000. Most of the 21 brown bears that currently live on 12 hectares of nature-like surroundings were former dancing bears from Bulgaria, Serbia and Albania. The sanctuary also provides a species-appropriate home for bears rescued from other forms of inappropriate keeping. Visitors receive comprehensive information about the sad conditions in which the bears suffered before they were rescued, as well as about the main natural requirements of brown bear species and their conservation. 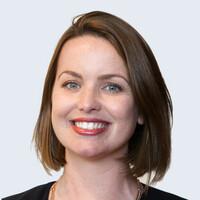 Founded in 1988 in Vienna by Heli Dungler, the organisation advocates for a world where humans treat animals with respect, empathy and understanding. FOUR PAWS’ sustainable campaigns and projects focus on companion animals including stray dogs and cats, animals in fashion, and wild animals – such as bears, big cats, orangutans and elephants – kept in inappropriate conditions as well as in disaster and conflict zones. With offices in Australia, Austria, Belgium, Bulgaria, Germany, Kosovo, the Netherlands, Switzerland, South Africa, Thailand, Ukraine, Hungary, the UK, the USA and Vietnam as well as sanctuaries for rescued animals in 12 countries, FOUR PAWS provides rapid help and long-term solutions. www.four-paws.org.au