Until her rescue, Thu had no name. Our team suggested calling her Thu, which means Autumn in Vietnamese, as she was rescued by us in Autumn – on the 13th of October 2020.

For over 15 years Thu was kept in a tiny cage and used for bile extraction. The cage was even smaller than what we usually have to witness – with roughly only 1x1 metre, dirty, and rusty. Luckily the owner could be convinced by our local cooperation partner to hand her voluntarily to us. We do not know much about her but we guess that she was poached in the wild when she was still a cub and ever since locked up in that tiny cage in the back yard of the property of her former owner.

When our team got to the farm to rescue Thu, she was very stressed and frantic swaying facing the back wall.

A quick health check, which was performed on-site and the transfer to BEAR SANCTUARY Ninh Binh, went smoothly, however, preliminary results suggest that Thu has chronic liver disease and gallbladder inflammation. Her upper canines are damaged from chronic bar biting.

Thu was placed in quarantine after arrival in the sanctuary, and immediately started to enjoy a meal of pumpkin, apple and some rice and sweet potato soup.

After three weeks Thu was moved from quarantine to the bear house in BEAR SANCTUARY Ninh Binh. She has improved a lot over the last few weeks. At the beginning she was very easy to startle and even huffed and slapped at the bear management team occasionally. By the end of the quarantine period, she didn’t do that anymore. Thu has got much better at taking her medication too.

She is quite a good eater, she eats everything except carrots, but curiously, she does not eat everything every feed. For example, she will eat sweet potato one day and not the next. Her favourite is pumpkin, and will always choose this first out of all the vegetables.

She plays by herself and is quite intrigued by new enrichment items. For now, Thu is kept on her own but our bear team will monitor her closely and decide carefully with whom Thu might be integrated in the future. The next existing step for Thu will be the release in the big natural outdoor enclosure in BEAR SANCTUARY Ninh Binh. 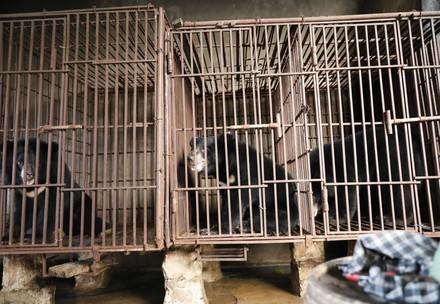 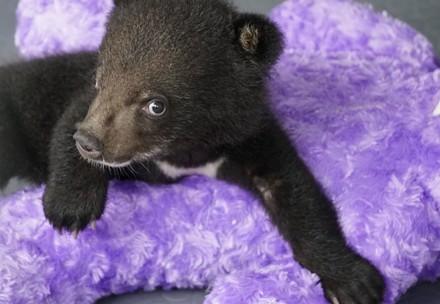 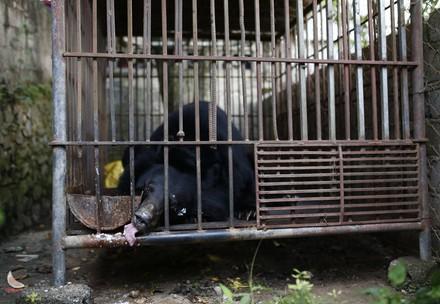 He suffered almost three decades in a tiny, filthy cage